Fascinated by literature and writing since his youth, Guillaume Lebelle also experimented with painting and realized that this discipline offered him an infinitely rich means of expression.
Still a student at the Beaux-Arts de Paris, he is discovered by the gallery owner Jean Fournier. This stimulating encounter, allows him very early in his career, to exhibit with the greatest abstract artists.

Guillaume Lebelle composes his works from disparate elements, creating a composite universe where the lyrical line rubs shoulders with more graphic forms, often drawn on paper collages.
The white backgrounds provide a space for circulation between the elements and thus reinforce the dialogue between shapes and colours. It is from this breathing, so characteristic of his work, that harmony emerges.
His sensitive line, which suggests but never imposes, plays with the boundaries of writing, legibility and sketching.

The vibrations of his intuitive gesture, both sure and fragile, speak to us of the ephemeral and the intangible. Like an echo, the very choice of materials used – raw canvases, torn and crumpled papers or salvaged elements – evokes a disordered and dislocated world.
In his paintings, no hierarchy of colours or forms appears at first glance. The eye travels across the canvas without finding a precise point of anchorage: it is in this contemplation that the work reveals itself.

The exhibition presents some twenty works on canvas and a 3 by 5 metre installation, constructed from heterogeneous elements that have been recovered, painted and then assembled on a white wall. This large fresco, which follows the same artistic approach as his paintings, allows us to apprehend the richness of his universe. 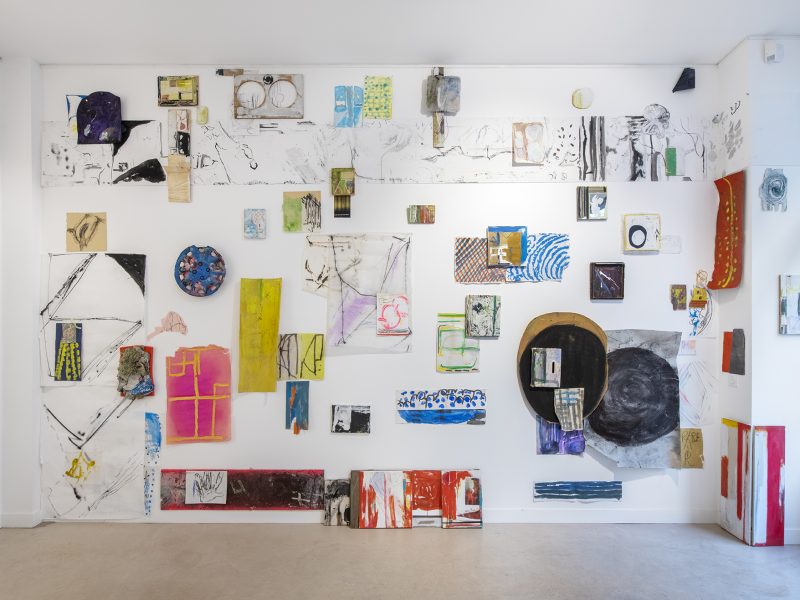 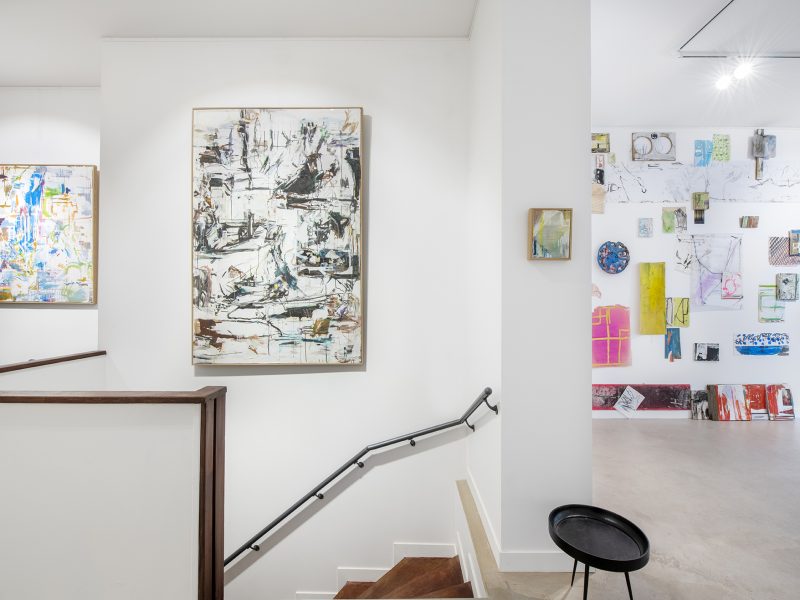 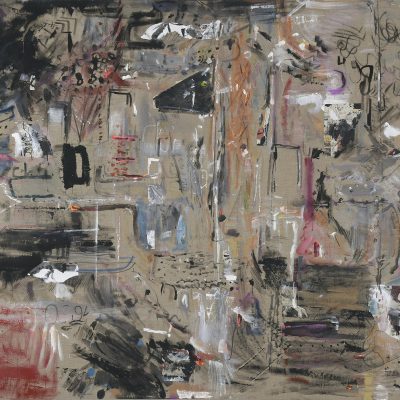 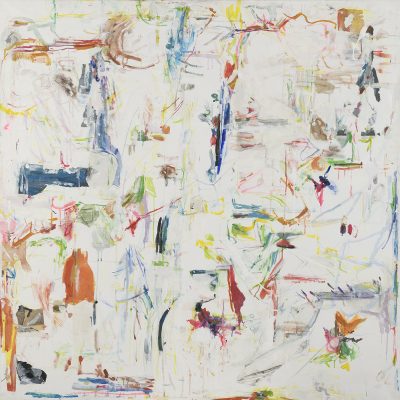 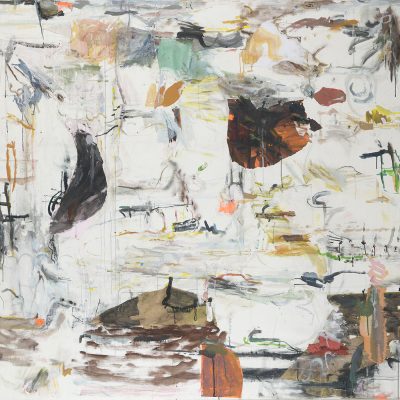 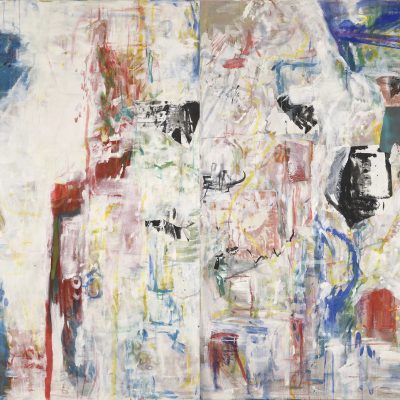 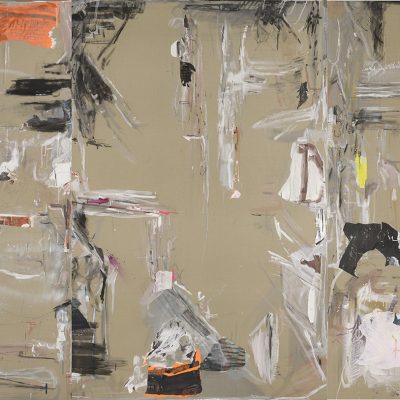 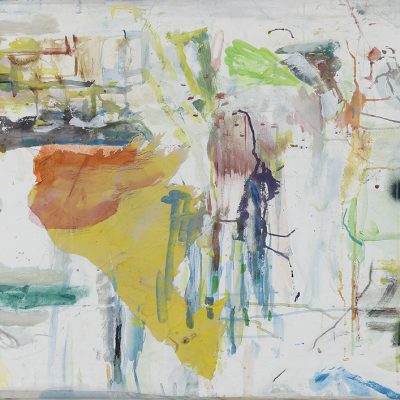 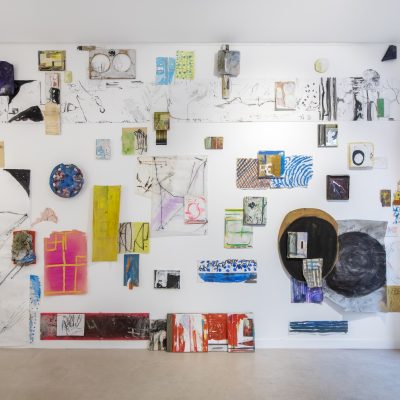